Best served with: Written in the Stars by John Legend

From the skies above to the ground under,

There is always something better.

The Greeks thought and wondered,

Till just reality remained to conquer:

Makes a man a mountain,

Wash your heat; a fountain.

A satisfying emptiness none can escape,

Can you commit murder?

Can you forsake your morals?

Can you betray another?

Can you become stronger?

I am because I am

And I am more,

When I dance to ganja,

Best served with: Written in the Stars by John Legend.

A glorious stallion crowns the horizon,

Its white mane slapping sense into the breeze,

As the sun hovers.

It moves with purpose

Two by two, touch by touch.

Trailing it— a panting black horse,

With strides the same as a man’s feet,

His trudge bears no remorse,

He feels the need to compete.

The prey chases the hunter,

O, mercy have you no heart?

O, justice have you no soul?

No matter how much its teeth hit iron,

A cat can never eat a lion.

The sloth has nothing more to offer,

It knows you see it,

And with one touch you could kill it,

But on this cold November night,

You are nothing but a bother.

Our past; riddled with books and beating,

With afternoons of backyard football,

Our blood; swimming in the meat pie we were eating.

Do you remember it?

The eye-service we paraded,

Our bodyguard; it stood tall,

And the stoning of our house gates.

Do you remember us?

Nights we scrunched our eyes not too tight,

Because we watched Africa Magic at night.

Our sin; I’ll keep it to my last light.

Do you remember me?

How I used to be?

A decade has passed and I’m still the same.

How you used to be,

An arrogant butterfly; larger than life,

I know now we’re all tough and grown,

You seem to have it all together,

But I wish you were a little more childish—

I miss my old big brother.

Do you remember Eze goes to school?

It was the first book Daddy asked me to read.

And I read it on your bunk bed,

It was short, lonely and immature,

But it was the best book I ever read. 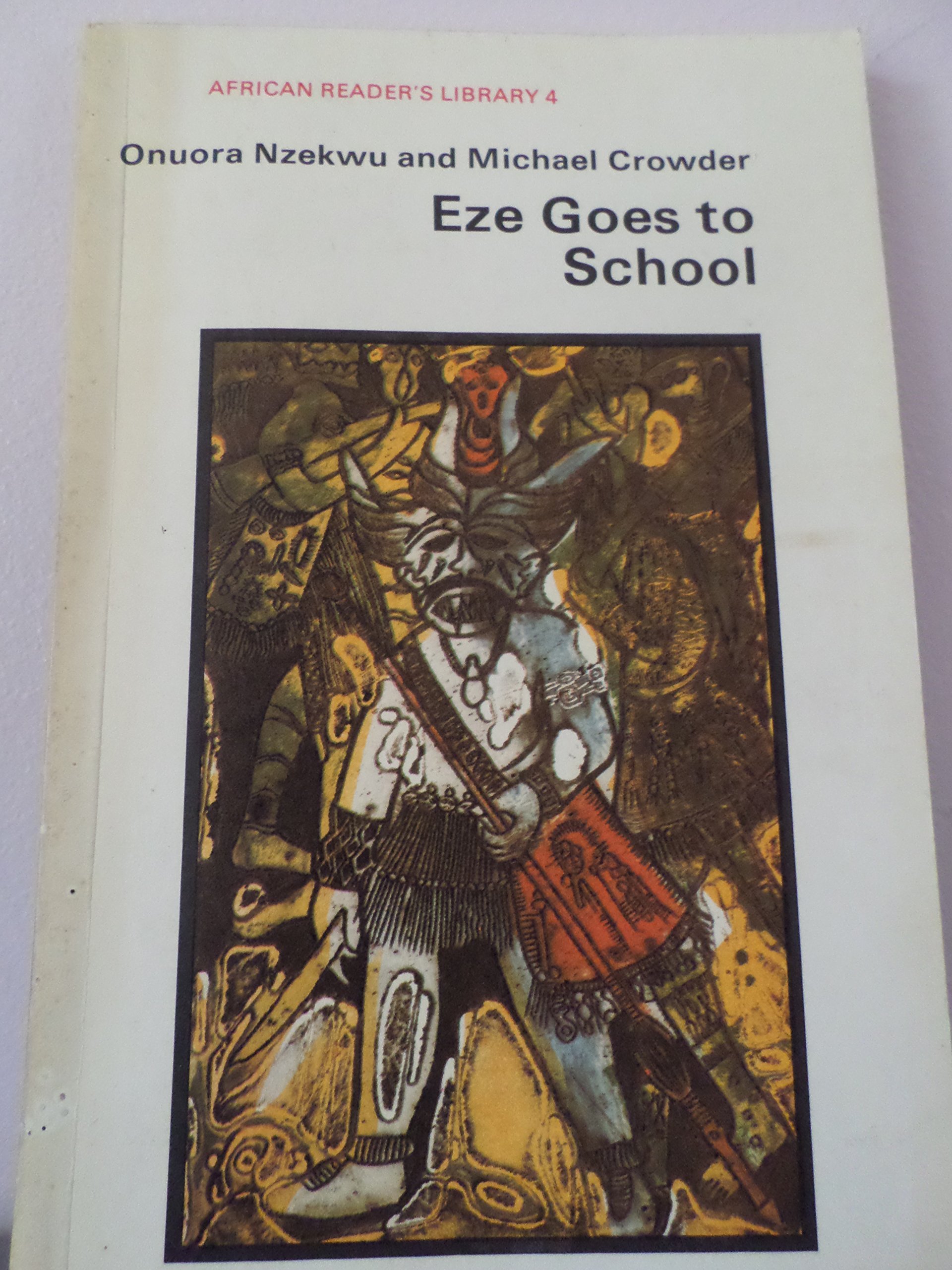 Best Served with: Pussy is Mine by Miguel

I have been in love with you for time,

Tried everything to make you mine,

Misfortune for me; your presence so sublime,

A tower of grace on you exuberates,

My despair a wonderful addition.

I’m so stupid I believed in us,

I wonder if you ever loved me?

I now realize the role of you and me,

You’re the queen and I’m the jester.

Angels sing everything you say,

I’m a comedy for your friends to play,

Though that elegance for me refused to stay,

My love still chased you all the way.

Those lofty peaks I lust after,

Self-conscious of the entertainment I am,

I can’t help but stutter.

Plastered on every step taken,

Mother Nature gave you a crown,

And your subjects stand shaking.

Love and laughter with each word spoke,

I have one last act,

Tale of tales, finale of finales,

Under all that glory and grace,

Lies not a speck of regality,

With the spite and ugliness you hide,

My dear Audience don’t look aside,

This woman is a decomposing lemon,

Sweet on the surface, sour inside.

So ladies and gentlemen

The most expensive line ever spent,

My greatest punchline to you I present,

The funniest words I ever spoke

“Your kingdom exists as a single joke”.

Best Served With: 80s by Berhana

You think my destination is a choice?

That I transverse this roughness because I am able?

You think I’d come all the way here just for this noise?

To be saddled and spanked like a horse in a stable?

Its warm branches cradled my face like a sunset breeze,

While Love stood tall in the back.

Yes. I had a nurturing, caring, loving home.

And I was free.

And then it all vanished in broad daylight,

Blasted to bits by propaganda that terrorists sought,

My relatives obliterated before they could think a thought,

Worse still these eyes could not witness so sorry a sight.

That selfsame fate left me no time to unwind,

So, with an infant in hand and grief in mind,

I packed my emotions as they hurt me so,

And crossed the Atlantic as I had nowhere else to go.

So here I am laid bare in front of you,

With a bleak past and an unfortunate present,

But it seems my fortune is bent,

Delivered to your mercy though suffering I relent,

Whether your country becomes my new home,

Or I and my child die; lost in place, stuck in time,

Depends wholly on your thoughts and talk

My whole life has been a cruel joke,

And it seems this point—right now– is the punchline. 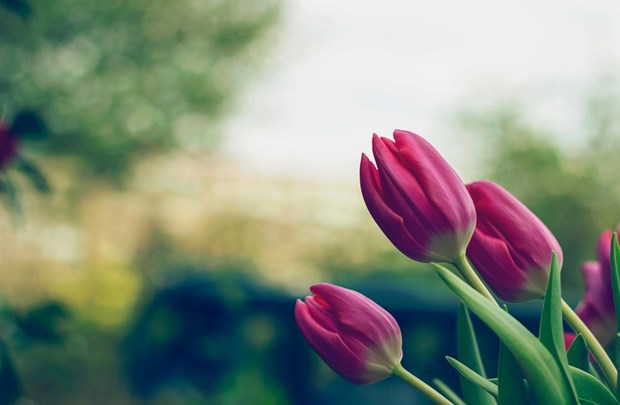 You’re a basic student in school,

With a dark uniform that stands still,

Beside mediocre grades and friends, careless and cool.

While fate and fortune dictate your will.

You began as an infant,

Whether pink, yellow, brown or black,

While life prepared to attack.

At that age with a simplistic cycle,

You stumbled through the beginning,

You knew nothing, and lacked desire to know,

Your sin was emptiness.

With time a flower bud opened;

To the knowledge of life; brightness of day,

And with friend’s and family’s support,

Eased into a world of comfort.

Then came anxiety, baring its fangs,

Its teeth poisonous, its breath stank,

A wall of predation, it consumes and confiscates

Leaving in its wake, changes and deadlines and academics and—

An acidic wall of suggestion you can’t refuse,

An idea becomes a shout; a shout, a chant.

And slowly you do things you don’t want,

Or those old friends you spoke to with hatred,

Till you look in the mirror and scowl at the person you’ve become.

Actually I am you.

As I am everyone

Because you may just be a basic student in school,

With a dark uniform that stands still.

But fate is fleeting; fortune untrue.

And only you can dictate your will.

Best Served With: Amen by Falz 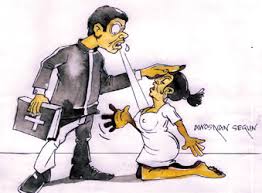 Deducing and detecting supreme will,

Instructing ants on how to cope;

How to make heaven. Convenient.

How even though He made us in His image,

Through our self-righteous pilgrimage,

He looks like us in our thoughts and dreams,

But none of us have ever seen Him.

Salvaging everything, our saving grace,

His thought train condensed in a single place,

His presence the ultimate assurance.

Is your landlord harassing you?

Are your colleagues salivating your downfall?

Is your despair the world’s benefit?

Does your life seem derelict?

My brothers and sisters,

The Lord has seen your sins and he will forgive them all.

Looking for a mister,

The Lord surpasses that dread of downfall,

For “you reap what you sow” does not apply to all.

In fact, as I preach to this congregation,

A gentleman sits at the back,

Having killed his mother in swift elation,

Seeks salvation from his will to attack

That beautiful lady in the third row,

The public used her body for extra green,

Now that death’s scythe is inches from her brow,

Her diseased garments seek solution from a higher being.

I, Myself have impregnated an extra-marital affair,

I refuse to marry this result of the devil,

And she currently strides to my house; inferior and unfair,

She hath opened her legs only to be swindled.

She aims to set my house alight,

And while my wife and kids against carbon struggle,

Here I am, preaching about the good fight.

But at least I’m better than you;

I dare to tell myself the truth.

Though you “Amen”, kneel and dance your sense away,

Your heart is corrupted,

And this lifestyle you’ve adopted,

Infects your house every single day.

Making many a mind miserable,

Your mouth a makeshift moat of platitudes,

Your tits tell teasing tales of his forbidden touch,

And while your tantalising marriage tends you at home

Tis not enough; appeal lacking as such

To tether your tumultuous tendencies,

As you toggle his trembling torch of temptation.

Wedding Wednesday to a wandering woe,

wondering whether Wanda and Walter,

walk and whisper your wheezing wilts,

The walls of the whining walnut whipped apart.

Though Timothy teaches to turn away from sin,

You tumble totally; unsalvageable it seems,

For image, glamour, glory or ties,

The world you fake your face; yourself you tell lies.

As fake feelings relish the flavour.

But on Sunday you change.

None of it shows;

Not the monopoly of Monday,

The tangled titillation of Tuesday

The wary worryings of Wednesday

The tickling tinges of Thursday

The forced falsification on Friday

The sorrowful sinning of Saturday—

No. Because it is His day.

Righteousness pumps your veins when you wake up,

Your mind’s dysfunction transforms to make up,

Wear luxury to shun your neighbours,

You want to get sober and sombre for Sunday,

It all must be done His way,

Your clothes, car, house and husband,

But His way, to you, is as solid as sand.

Everything you do on that day must be perfect,

But the reality is you don’t digest.

Don’t treat His veins as worth it,

Every other day an indulgent sinner,

On Sunday a prosperous prophet.

May the Lord bless us as we sin with men and women,

And may we bless His Name till we get money,

He always forgives so sin again and again.

In Jesus’s Mighty Name we have prayed, Amen.

Photo by Pixabay on Pexels.com

To my future readers,

Hi. My name is Abbah Abbah (yes first AND surname are the same). If you’ve reeled from your shock and/or laughter at that then know that I am an aspiring writer/poet. I started this site because I’m passionate about writing and I want to share that with others. I want others to feel something from my work. I take writing very seriously and I look forward to growing with you all. If you have any criticisms, suggestions, ideas or if you just want to tell me what a good job I’m doing then feel free to comment or contact me at my email below. To maximize your enjoyment of my poems, I will be using a “best served” system. Essentially, every poem will have a “best served with ….” attached to it, which is just a recommendation of the best song to listen to while reading the poem so watch out for that. For this, I’d say listen to the first minute of the song and then start reading the poem. Thanks for your future support and I promise you will not be bored. Don’t forget to Like, Comment and Follow. For anything else, contact me at elanoelations@yahoo.com.

PS: I do not own any of the pictures or songs posted on this website. I source them from google or youtube.